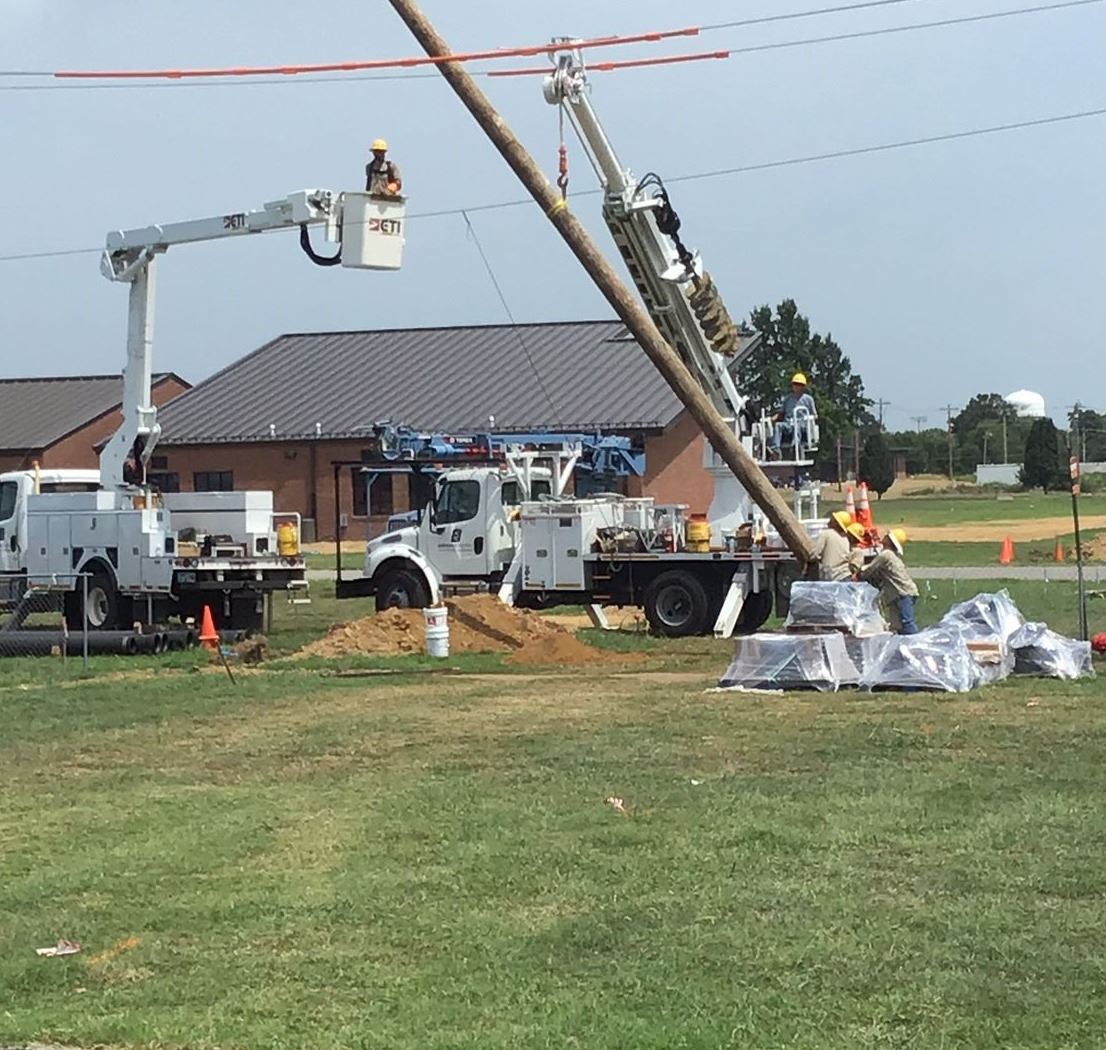 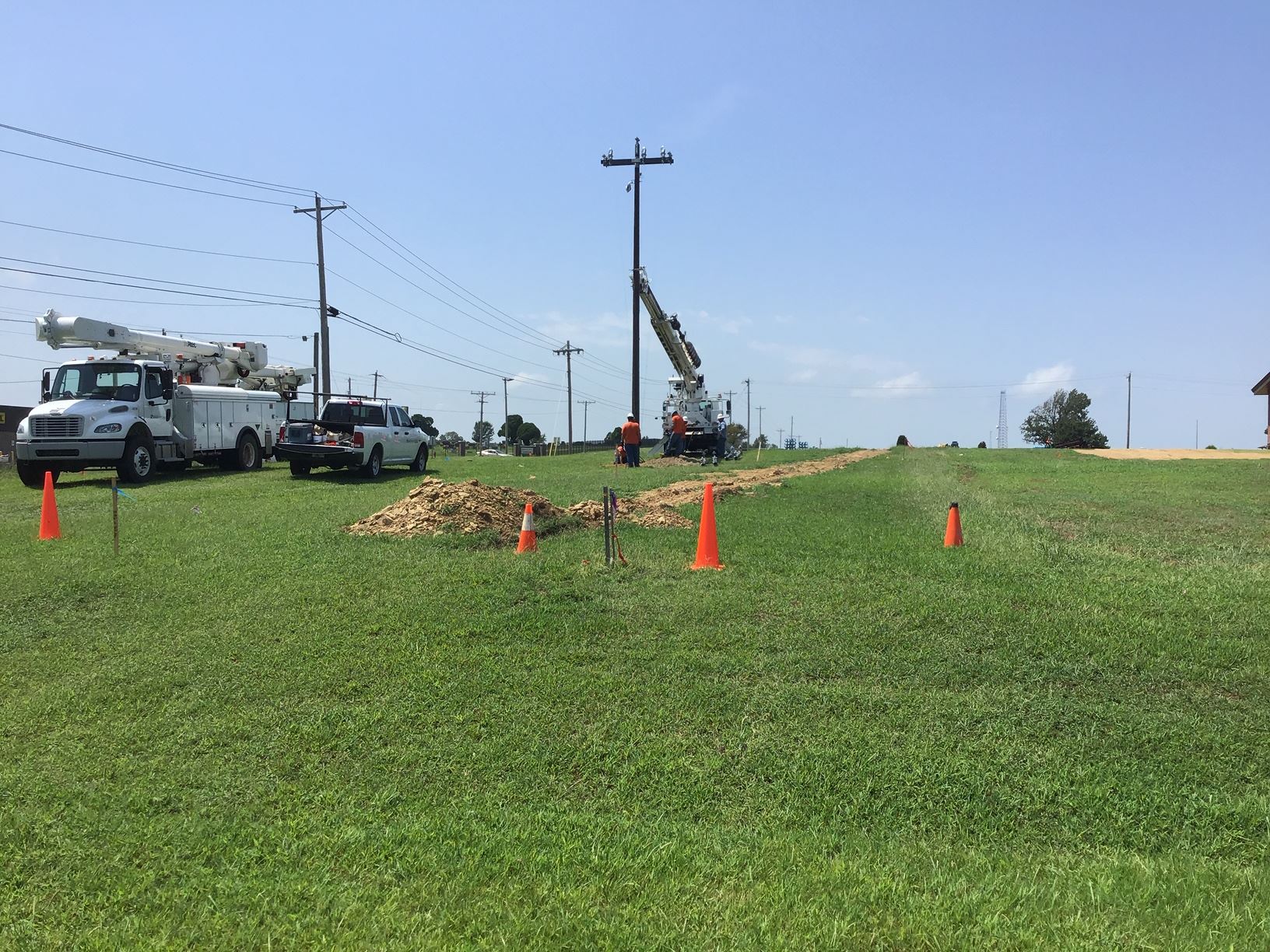 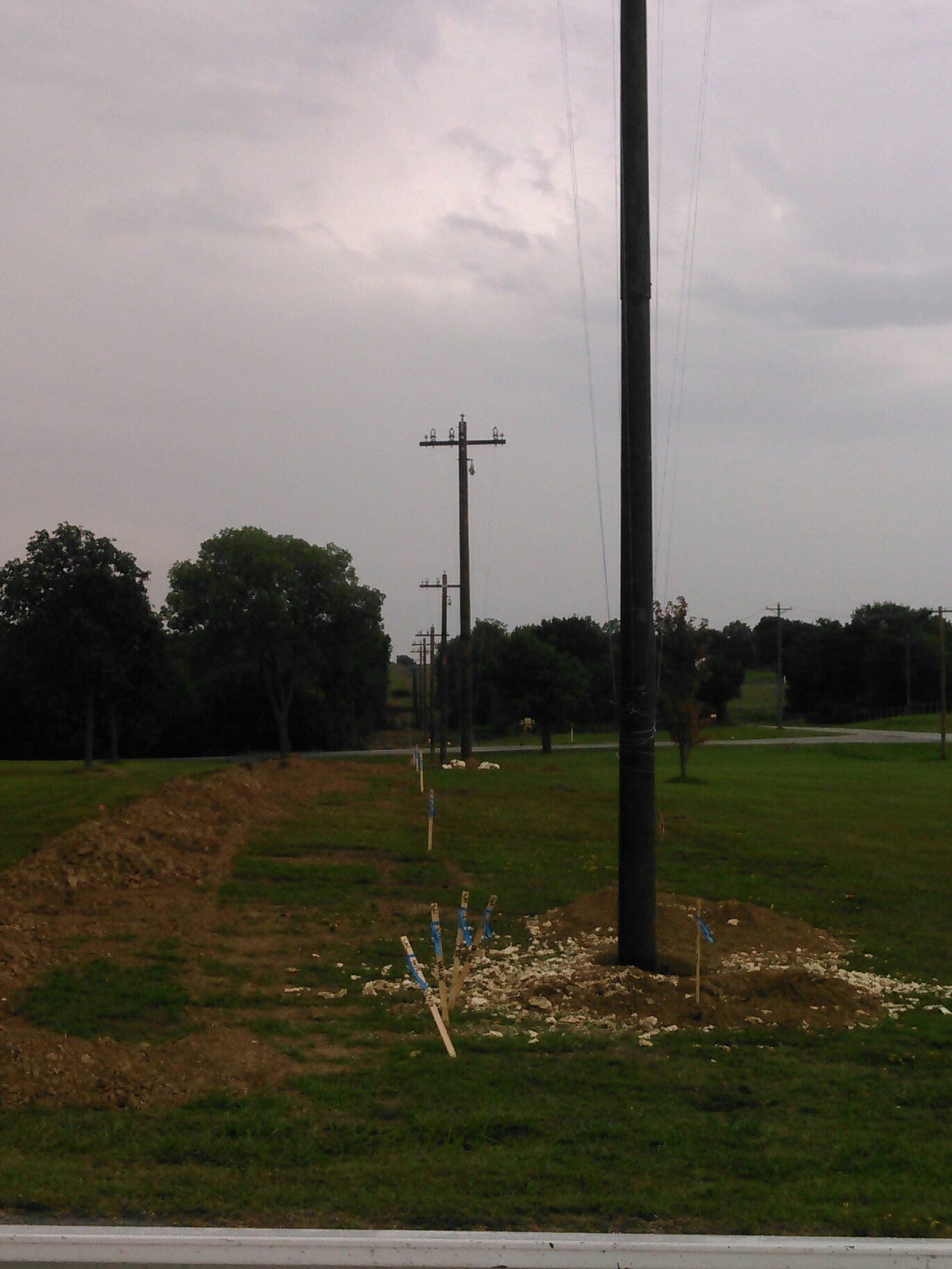 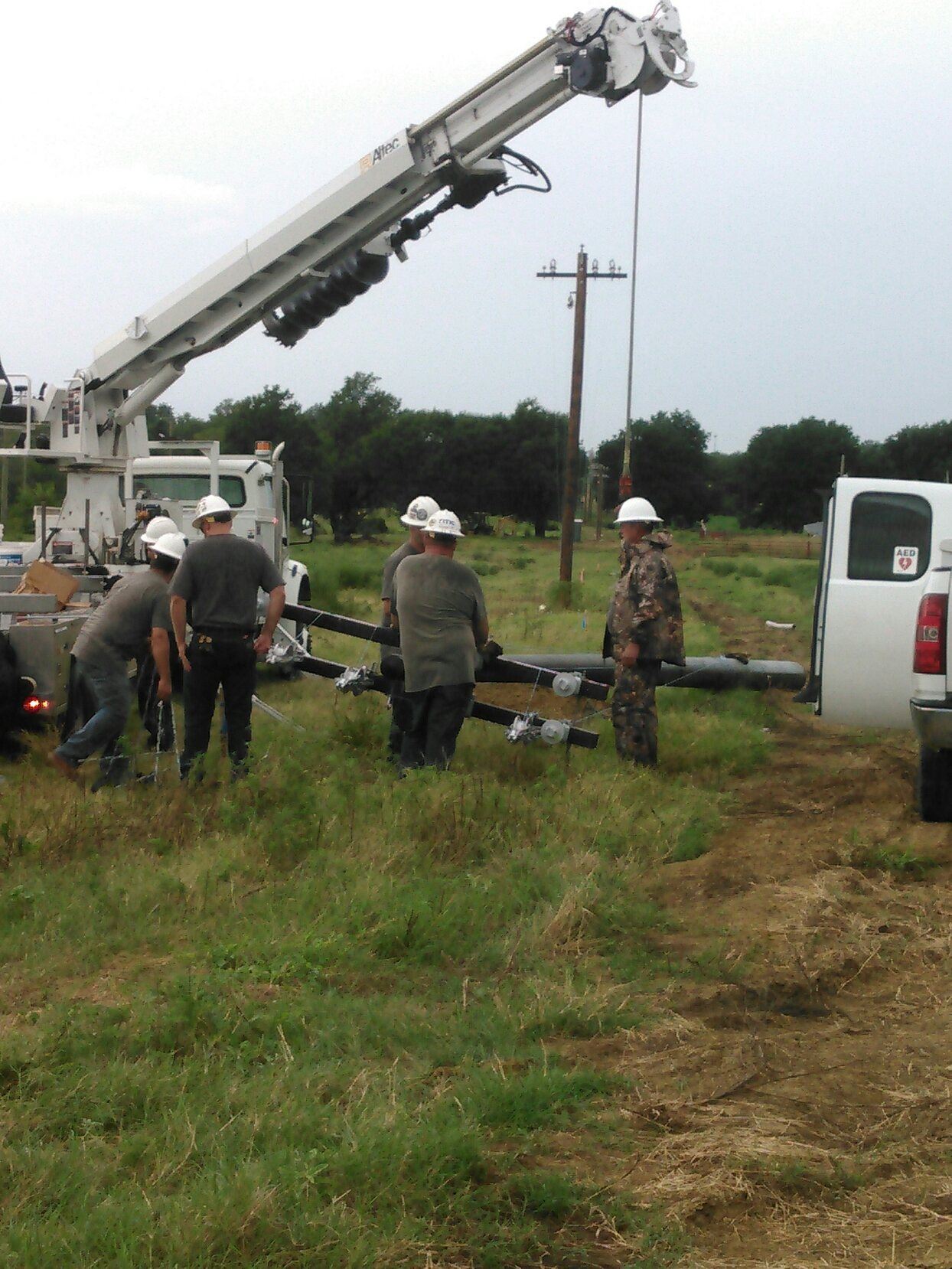 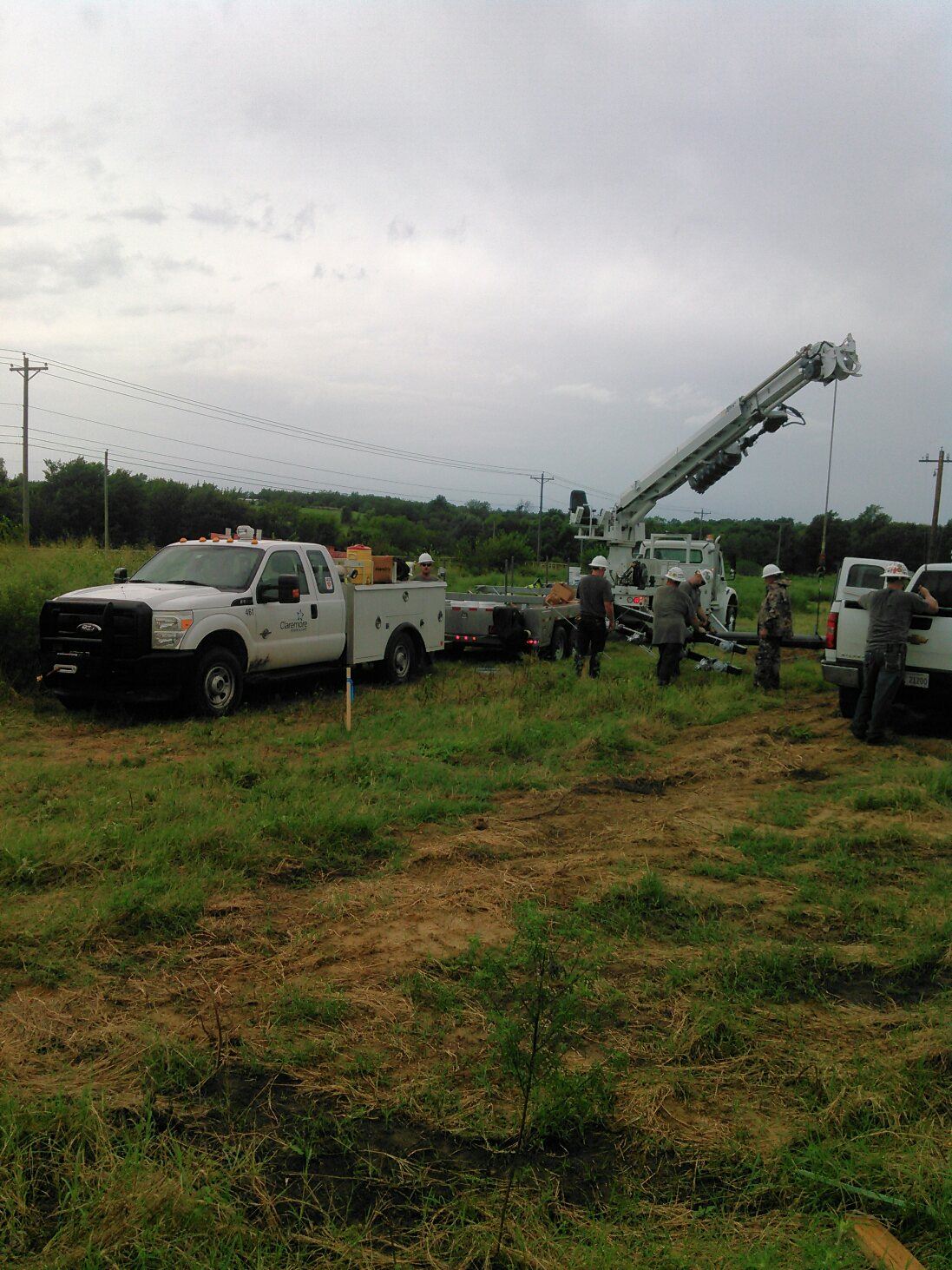 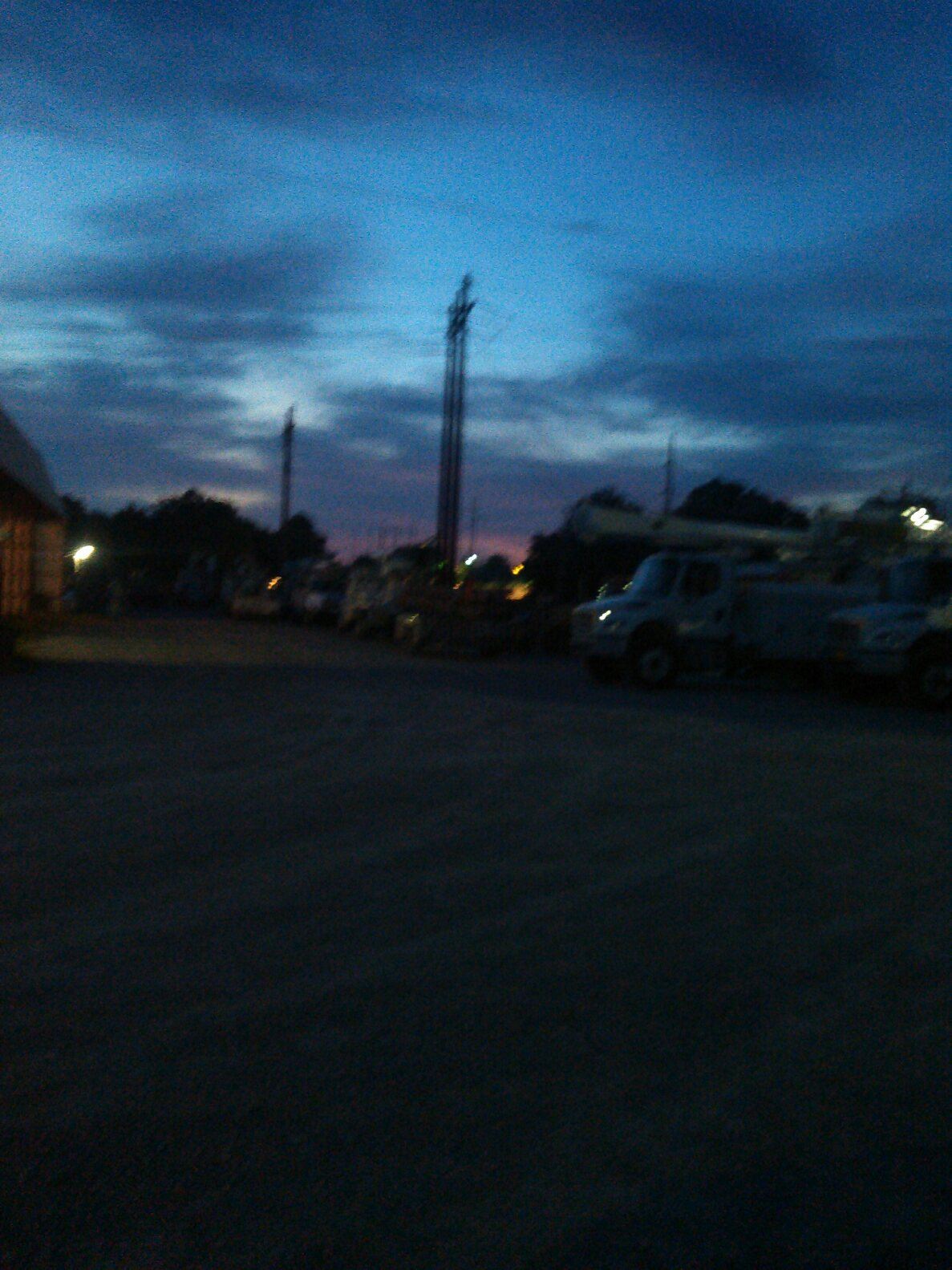 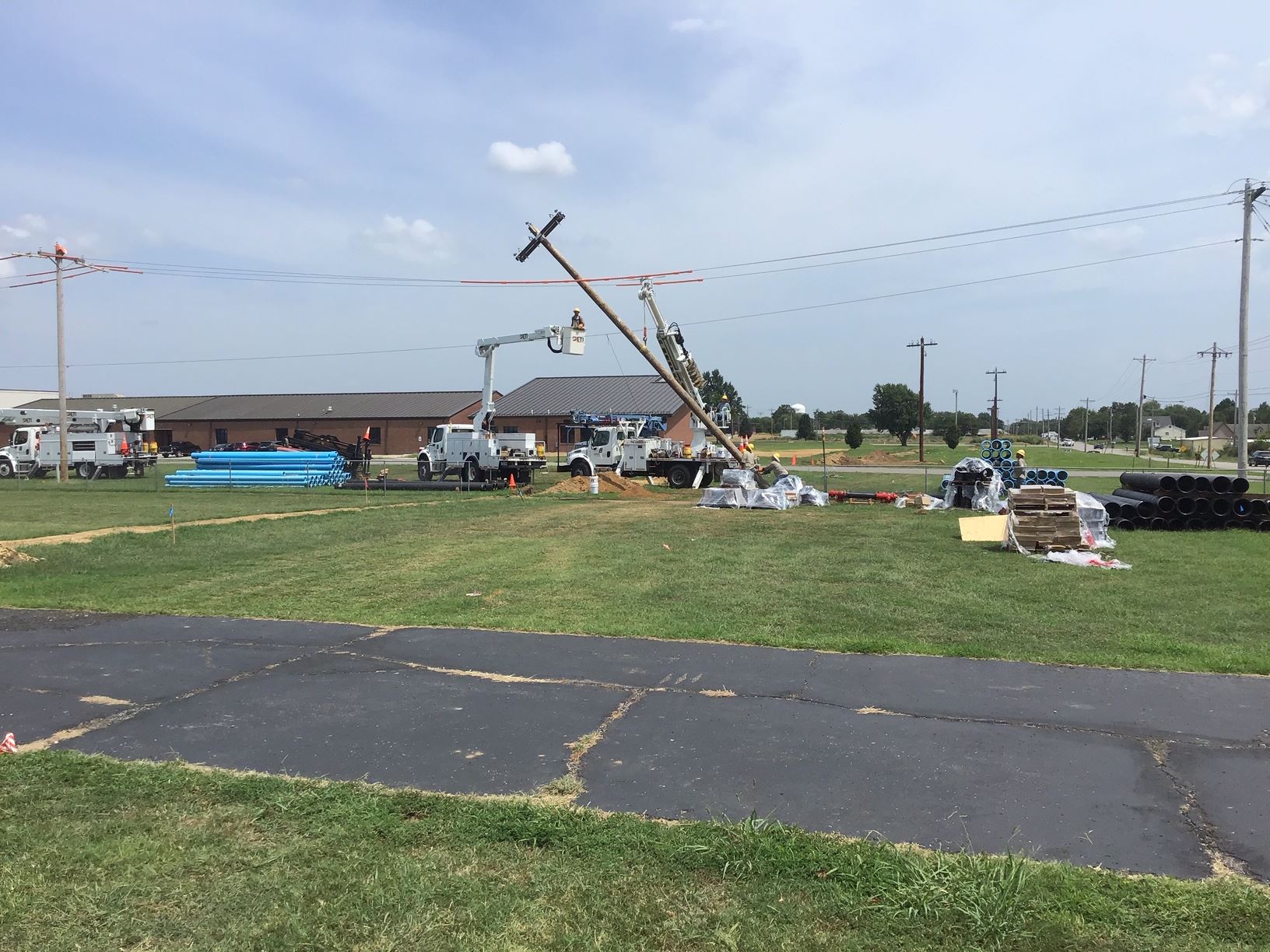 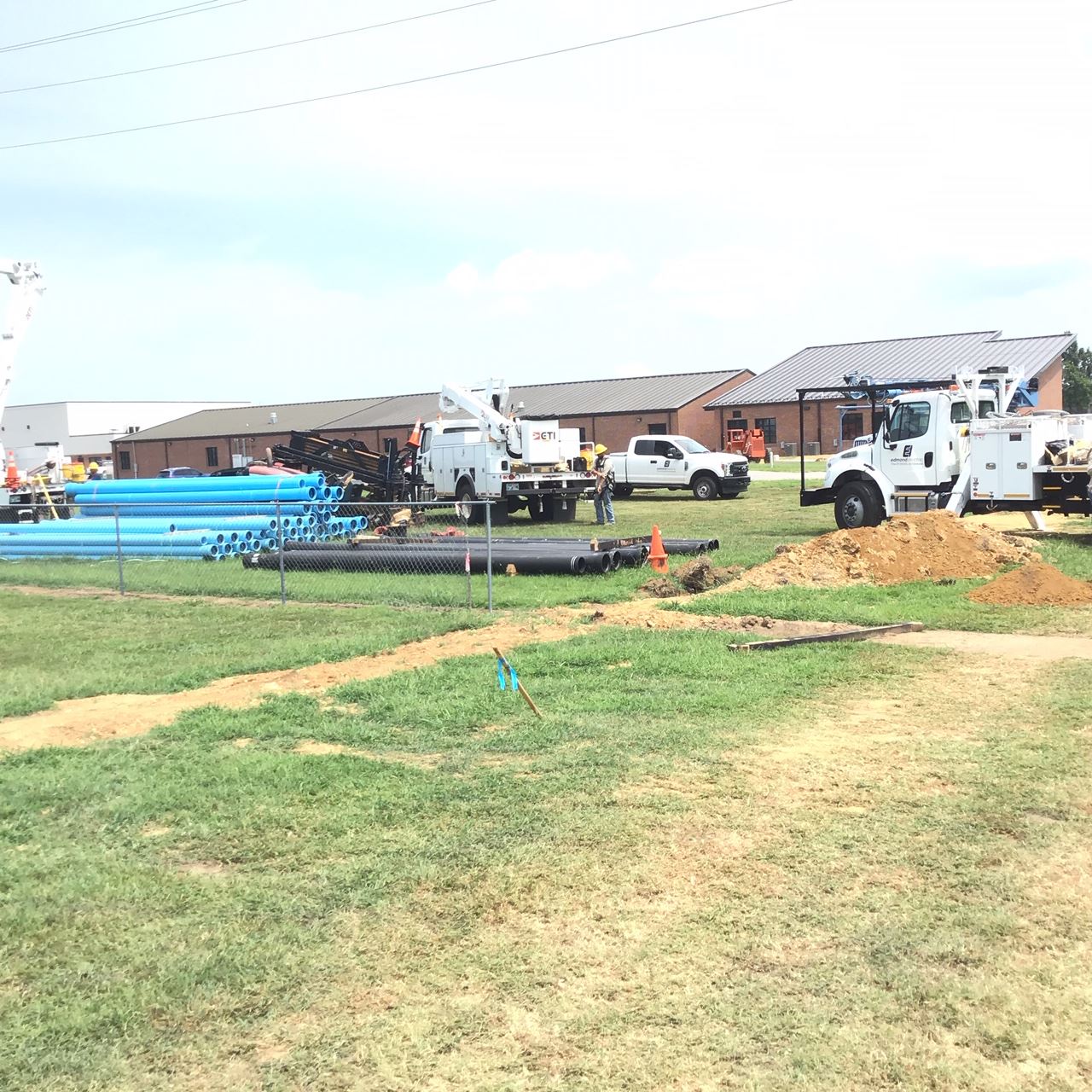 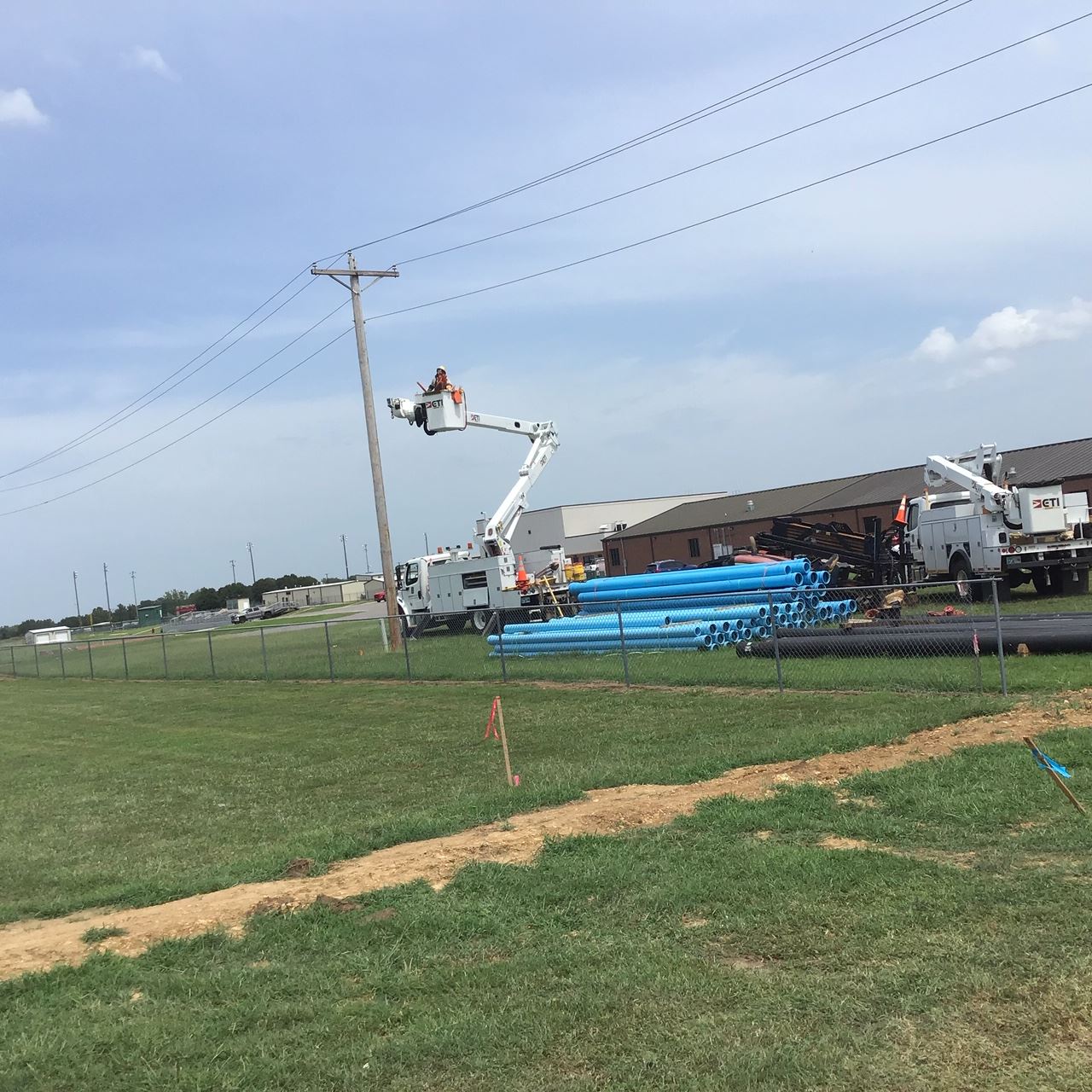 The City of Collinsville recently found itself in somewhat of a road block, literally.  The City was given a tighter timeline by the Oklahoma Department of Transportation (ODOT) to have all utilities along Highway 20 to be moved for the expansion project to move forward.  Once the work is completed ODOT plans to put the project out for bid in the late fall 2019 for construction to begin in early spring 2020.   The work entails moving all the water and sewer lines, as well as, more than 86 electric power poles currently in place.  With a project of this magnitude city crews would not be able to complete the work on time.  The utility work was put out for bid to be contracted out.  Bids were accepted and awarded for the water and sewer work to be done, but not one bid was submitted for the electric work to be done.  Assistant City Manager of Operations, Craig Stokes along with General Superintendent Don Smalygo and veteran Lineworker Superintendent, Paul Staehle began to solicit contractors for proposals for the works to be done.  Only one bid was submitted which came in at over $200k more than the approved engineering estimate.

Contractors and Power providers are experiencing a shortage of qualified lineworkers as many journeyman lineworkers are fast approaching retirement age and there are not enough apprentice workers taking their places.  Another cause of the shortage is the fact that recent high paying jobs on the east and west coasts are attracting workers from the bigger power providers in the area.  The bigger companies (OG&E, PSO, etc.) which are able to offer higher paying salaries to those wishing to stay close to home, are in turn attracting workers from the smaller municipalities and contractors.   “It’s the little guys out there taking the biggest beating,” said Wes Bennett, State Lineworker Coordinator for Oklahoma Mutual Aid.

City officials decided to reach out to the Municipal Electric Systems of Oklahoma (MESO) to request assistance through the Mutual Aid Agreement.  The Mutual Aid program was established to provide a method for electric utilities that sustain physical damage from natural disasters, to obtain emergency assistance in the form of personnel, equipment and materials from other electric utilities.  The agreement has also been expanded to include assistance to municipalities for linework needed in the case of highway expansion and other major projects.

Within hours of making that call the City of Collinsville started receiving offers from other municipalities to come to Collinsville and assist with getting the power poles moved and electric lines relocated along the highway 20 corridor.  Five cities have sent manpower and equipment to get the work done.  Crews from Edmond, Pryor, Claremore, Siloam Springs, and Grand River Dam Authority have been working 12-hour days, 7 days a week to meet the October 20 deadline.  Some crews are working their regular 40-hour weeks in their hometowns and coming to Collinsville to work up to an additional 24 hours on the weekend.  Some crews actually put their own projects at home on hold in order to offer aid to their sister city of Collinsville.   According to Wes Bennett the practice is not uncommon within the electric provider community.  “We look out for each other,” he said.  “It’s the epitome of teamwork!”

Bennett explained that bringing his crews to Collinsville is great experience for both his apprentice linesmen, and journeymen.  “Although is a different type of work, it’s a great way to prepare them for upcoming hurricane season in which we get called out a lot to offer assistance with mutual aid through the American Public Power Association.”

Being a Public Power Community, the City of Collinsville has also been involved in sending our crews to aid other communities in times of need.  To watch the crews from all over the state work together you would never know that they have never worked together before.  Working with high power electricity requires a great deal of confidence and trust in your fellow lineworkers and there is absolutely no room for mistakes.

The Mutual Aid Agreement requires the municipality requesting aid to pay the wages, lodging accommodations, and food allowances for all workers lending aid.  Area restaurants have been gracious enough to work with the City to make sure the workers have been well fed during their stay.

If all goes well and weather permitting the bulk of the work is expected to be completed before the Labor Day holiday.  Had Mutual Aid not stepped in, the whole Highway 20 widening project could have been jeopardized with over 27 million dollars at stake.  The work has gone well with the only minor set-back being the rock that lays beneath the surfaced of the ground and rain delays.  Drilling through the rock in some places has taken longer than expected and slowed down the process.  Having such good crews that work well together has made up for any small obstacles along the way.